We are getting to grips with the car now thankfully. There was a lot of work done on the car before the event and it transformed it. The first loop of stages we showed good pace and again on the second loop. We climbed up to 20th after the first 6 stages and 2nd in the class but for the last three stages they had clutch issues and backed off but still on a steady pace to claim 1st in class but more importantly 1st in GrpR. We are now the National leaders in both class 5 and GrpR.

Thansk to all our sponsors, helpers & followers! 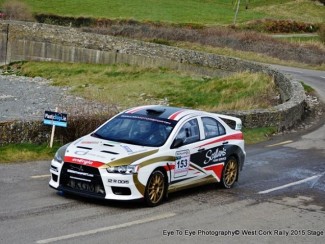